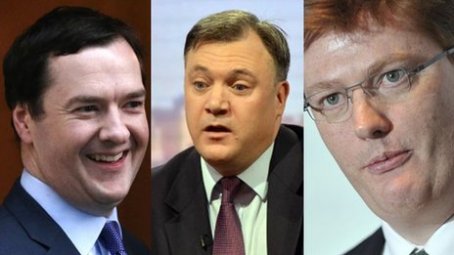 Wow! Last week was some week in the referendum debate. In a crescendo of Westminster politicians telling Scotland ‘ye cannae dae that’, our unionist friends have presented an independent Scotland without currency, EU membership and pensions, which is then separated from the rest of Britain and left to drift off somewhere in the middle of the North Atlantic. The only thing missing is the sack cloth, ashes and the plague of locusts.

They say that resource-rich Scotland is not ‘too wee, poor or stupid’, but then, in the next breath they insultingly tell us why we would fail and why we’re uniquely incapable of putting together the workings of state!

Where we will put forward a positive case about building on relationships with our friends and allies as an independent nation they mutter darkly about ‘foreigners’ and seem determined to pursue a nonsensical scorched earth policy that is not just contrary to Scotland’s interests, but is contrary to the interests of the rest of the UK itself.

What Scotland should say in response to this nonsense is to say that we’re not having any of it. We will not be bullied into staying in an unproductive relationship that we don’t want, and we will not have our nation denied what is in fact ours. Let’s insist on a sensible debate about what is in the best interests of both our nations if Scotland becomes independent. This is what the Scottish people want and this is what I believe the people in the rest of the UK want too. The Westminster Tories and their friends in the Labour and Liberal parties desperately want to win this referendum and that is why they are prepared to place these self destructive roadblocks in our way. They will do this because they can.

It all started so promisingly too. The Edinburgh Agreement was a fantastic document of mutual respect. It said that whatever the outcome of the referendum, all sides would work constructively to respect it. Well, that now seems to have been shredded in a Westminster pique. I don’t know if the closeness of the polls has produced this change of tone, but it will not work. Scotland is just not prepared to be bullied into a decision. We will show them that this type of approach will not work with us and they will soon see that in the opinion polls.

We all know that if there is a positive vote for independence there will be the constructive coming together again. The people of Scotland and the rest of the UK will demand it and our friendship and common interest will inform it.

Here’s an idea. Why don’t we put forward our respective vision of the two futures of Scotland on offer and let the Scottish people decide without threats or ridiculous scaremongering? If they are confident of Scotland’s place in the UK surely at least they can do that.

3 thoughts on “SCOTLAND WILL NOT BE TOLD!”