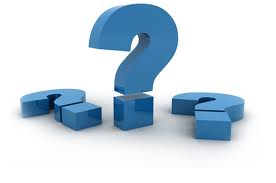 It’s the governance, stupid. This’s what should be printed on every Yes activist’s clipboard, bag and canvass sheet as we get into the business end of the referendum. Because, in the last few weeks what we’ve got to get across to every household in Scotland is the central question – from where should the Scottish people be governed, Westminster or Scotland? This is the supreme question- all others are secondary. The democratic deficit of Tory rule we didn’t vote for is the one thing that the Noes have done everything to keep out of the debate. For them the referendum is to be about anything else.

From the first moment they sat down to plan their campaign they concluded that if a No vote was to prevail, the Scottish people would have to be fearful and anxious with little confidence about the possible success of an independent Scotland. Their whole case has been predicated on the sapping of confidence and the sowing of doubts. The pillars of an independent Scotland cannot be guaranteed and it’s all a leap in the dark, is the gist of their message. It has been a rotten campaign, which has curiously sort-of worked, but spectacularly failed at the same time. They have managed to engineer several parameters of the debate and engaged an overwhelmingly compliant press onto their ‘questions’, which they believe critically hole the Yes case. But conversely, they have infuriated and driven many Scots away, who just won’t be told that they ‘can’t’ or that we ‘won’t’ and who have become nothing other than irritated by the incessant and increasingly ridiculous scare stories. What accounts as the ‘positive’ part of the campaign are vacuous themes of unity, solidarity, the ‘family of nations’ and the cross border symbolism of jointly created and managed institutions.

When the democratic deficit is put to them, the Noes half-heartedly suggest that some English ‘regions’ also don’t get the Government they vote for, and where that’s true, even they have the self-awareness to know how badly this goes down in the ‘nation’ of Scotland. Labour also tell us all we have to do is vote for them to address unwanted Tory rule, but all that does is demonstrate the full depth of the democratic deficit. We have already voted out all our Tories (bar one) and there is no more we can do. We have to hope for a result elsewhere, like a football team knowing its battle against relegation is out of its hands.

If we vote No, we willingly submit to continued Westminster rule and will just have to accept the Government that others will chose on our behalf. We will have lost the right to say that things can’t be done to our nation that we don’t approve of, because we will have handed over the right that allows them to do just that. In the last two UK elections UKIP came first and second. They are now tipped to win seats at the next election. If you didn’t like Cameron and Clegg, just imagine Cameron and Farage? Welcome to the possible next government you didn’t vote for, Scotland. That’s the democratic deficit. It’s the governance, stupid.

3 thoughts on “IT’S THE GOVERNANCE, STUPID”