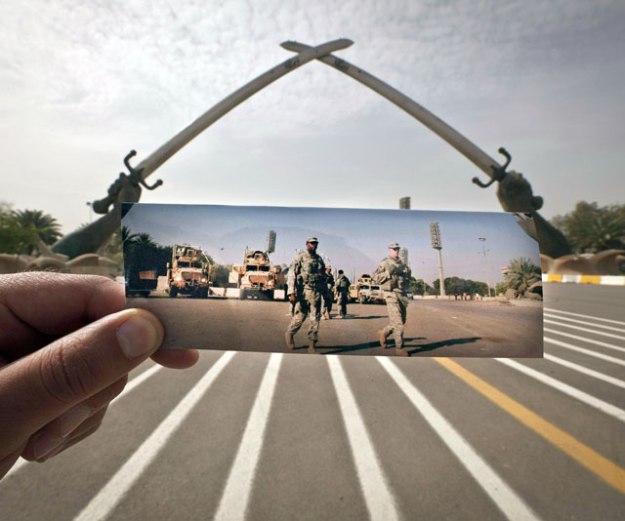 Pete Wishart (Perth and North Perthshire) (SNP): It was 18 March 2003, and both you and I were in the House that day, Mr Deputy Speaker. It was an ugly, brutal day. It was one of these huge set-piece occasions that we have in the House of Commons when every single thing is reported and every single nuance noted. It was the day that we voted to go to war. I will never, ever forget it.

I was a Whip that day, and I remember observing the Government Whips rounding up the recalcitrant, the doubters and those who were trying to make up their minds. I remember lots of good women and men being dragooned into the Lobby—against their better judgment —to support the Prime Minister and the fabrication of a case on Iraq. It was a horrible day—a day that should be ingrained in the collective consciousness of this House and remembered for its eternal shame. It was the day that we voted to go to war on a total fabrication, and we must find out why this House decided to do that.

Mr MacNeil: I was not a Member of the House at that time, but my hon. Friend reminds me of the time when the then Deputy Prime Minister was arguing that the road map for Palestine was somehow connected to the maiming and the murder in Iraq.

Pete Wishart: To try to get a flavour of what the House was like that day, I watched a YouTube video of Tony Blair’s speech that morning. I know that sounds a bit masochistic, but I wanted to find out what was said and what the case for war was. What I had to listen to was absolute and utter nonsense—fabrications and flights of fancy that Blair must have known were totally false and ridiculous. He said there were weapons of mass destruction that could, without doubt, reach us within 45 minutes. But there were none—there was nothing there. This House was misled; this House was duped.

I have listened to Conservative Members saying that they believed the Prime Minister. The rest of the country knew. The rest of the country was not fooled by his mendacious nonsense—of course not. We were on a march in central Glasgow, and 100,000 people turned up to march against that war. Some 1 million people turned up in London to march against it. Yet this House voted to go to war on the basis of a lie—a House that was duped and misled. If anybody needs to know the reason why this House was misled, it is because of us, the parliamentarians.

I am disappointed in the right hon. Member for Haltemprice and Howden (Mr Davis). He should not have changed his motion. We should have demanded today that we got that report. I do not want to hear the reasons why we are not getting it. I do not want to hear about the process of getting it in the future—we should have it now. We should have it before the general election, and this suggestion that it is political and somehow gets in the way of a democratic process in the run-up to an election is just fatuous nonsense.

Kate Hoey (Vauxhall) (Lab): I, too, recall that day, and I concur with everything the hon. Gentleman says about how people who were feeling very strongly about the issue were pushed and cajoled, with notes and letters being sent asking me to meet all sorts of people. Does he agree that this tells us the lesson that this House must always be very careful that the Whips and the party machine do not always get their way?

Pete Wishart: I am very grateful to the hon. Lady, who makes such a powerful and potent point about something as important as going to war. I was just a new Member, having been in the House for just a year; I was a young whippersnapper barely out of my shorts, yet I was listening to a Prime Minister making this case. I thought, “Surely, there must be something in it,” but I realise now, along with many other Members, that an issue as important as going to war should not have been whipped on this basis.

The House passed the vote on Iraq by 412 to 149. I was among the 149; my right hon. Friend the Member for Dwyfor Meirionnydd (Mr Llwyd) was among the 149; I see two Liberal Democrat Members in their places —the right hon. Member for Hazel Grove (Sir Andrew Stunell) and the right hon. Member for Lewes (Norman Baker)—who were among the 149. This was the proudest vote of my 14 years in this House. It was a vote that defined the Parliament between 2001 to 2005. It was a vote, I now believe, that characterised the Labour Government. It was a vote that is now personally associated with Tony Blair, and it will follow him to the grave and be on his tombstone. Such his association with it that he might as well have it tattooed on his forehead. The Iraq war will for ever be bound up with the last Labour Government and the personality of the last but one Prime Minister.

Rory Stewart: Is there not a danger of this debate becoming an opportunity for self-congratulation or self-laceration on the part of Members of Parliament rather than focusing on the real lessons for how Britain acts in the world?

Pete Wishart: I want to come on to that; it is so important because this House was misled. I do not know whether the hon. Gentleman agrees with that, but I am sure that, as someone who looks at and understands these issues, he knows that this was a total fabrication. I see him shaking his head. The case for war was non-existent. We have got to understand why a majority of Members voted for it. We have to start to get to the bottom of why this was allowed to happen.

We are still feeling the implications and repercussions: half a million presumed dead; a region destabilised; a country divided; international diplomacy discredited. A point that the hon. Member for Bradford West (George Galloway) made was that we have alienated a generation of young Muslims—here and around the world—dangerously radicalising many of them, giving them a grievance for some of the perverted causes that have been picked up to justify what they see as their perverted agenda. These are things that we now have to deal with for our own security. That is what Iraq bequeathed us. We have got to find out how this happened and why this set of conditions was allowed, enabling us to pursue this particular course of action.

I remember the almost ingenious lengths to which the Labour Government went to try to invent this case. I remember that the House was recalled. It was not just that day in March; we were recalled in September of the previous year. We were told to come down and find in our pigeon-holes the document that subsequently became known as “the dodgy dossier”—100-odd pages of utter drivel, manufactured fabrications and plagiarised sources. We found that most of it came from the post-doctoral work of some student called Ibrahim al-Marashi. It almost seemed like a script for a comedy sketch, yet this was the UK getting prepared to go to war in the 21st century!

We now know, of course, that there were never any weapons of mass destruction—still less any that could be deployed in 45 minutes. There was no collusion with al-Qaeda, even though jihadists now wander at will in the IS forces across Iraq. There was no evidence of any uranium project, and nothing whatsoever could be found relating to any nuclear programme. We were misled; this House was misled.

There are several Members in the House who understand and realise that they were duped, but there are still some who believe that it was right to go to war. I am very fond of the right hon. Member for Blackburn (Mr Straw), but he must at some point say that this was a total fabrication, that the House was misled, and that a case was fabricated to go to war. The sooner the right hon. Gentleman does that, the sooner he will get himself off the hook, because this will pursue him, and the others who made the case for war, to the very end of their careers.

I do not think that the issue will end with the publication of the Chilcot report. We seen had four whitewashes—there have been four attempts to put this to bed—but it is not going to end. We will have the Chilcot report, but I do not think that it will get us there; I think it will be another generation before we get to the truth of Iraq. It is possible that there will be a judge-led inquiry, and that might help to get us there, but this is going to go all the way. I foresee that significant people will eventually be taken to The Hague, because this is such an important issue which has redefined so much contemporary foreign history. People say that it was a disaster bigger than Suez—of course it was. This was the biggest single foreign policy blunder and disaster ever made by any Government in modern history.

So we need the Chilcot report. Do I believe that it we will get us to the heart of this with the Chilcot report? No, I do not, but I think it will go a long way towards describing and explaining some of the things that happened. It will be another generation before we arrive at the absolute truth. There are too many big reputations to be tarnished—again, I say that to the right hon. Member for Blackburn. There are people who will be in a position to try to ensure that this is kicked into the long grass. The only reason I have any confidence in the Chilcot report is that the establishment is trying to prevent us from seeing it, so there must be something good in it. I hope that that means that we may get a glimpse into the workings of this Government.

We are where we are. We hope that we shall see the Chilcot report soon. We should have demanded its publication in this debate, and I am disappointed that we have not been given an opportunity to do so. However, I do not think that the report will be the end of the process. I believe that this will go all the way to The Hague. We engaged in an illegal war on the basis of a fabrication and a downright lie, and we deserve to know the truth. Some day we will get the truth, but I do not believe that we will get it from Chilcot.

3 thoughts on “My Speech on Chilcot”