This is, as we know, to be the hardest of hard Brexits, with cuts yet unimaginable and consequences yet unconceived—and for what?

If we were doing this for some lofty ideal or grand purpose, like maybe addressing global poverty or some of the huge issues of injustice around the world, that might make it just about palatable, but no—we are doing it because the UK does not like immigration. 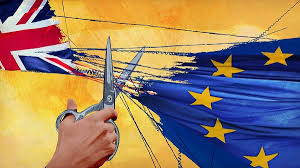 That is the cold, beating heart of this bad British Brexit, and it underpins absolutely everything concerning our departure from the EU. It takes precedence over everything else, and all other considerations are merely consequential.

The fact is that we live in an interconnected, globalised world where the movements of people have never been so profound, sometimes fleeing from persecution, or perhaps exchanging skills and ideas. Yet we are asked to believe the myth that a Brexitised UK will beat back this historic tide like some sort of Farageous Canute.

I actually laughed out loud when I heard all the guff about a global UK. A global UK is the last thing the Tories want to create—they are trying to create a drawbridge UK.

Look at the response from the rest of the world: when they are not laughing at us, they are simply taking pity on us. As the Foreign Secretary goes out of his way to insult the very people we have to negotiate with, they are thinking of nothing other than the hardest of conditions to deter anybody else from considering leaving.

The negotiating position seems to be to threaten our EU partners by saying that we will indulge in even further economic self-harm if they dare look after their own interests. Apparently we are even considering turning the UK into some sort of offshore deregulated tax haven if the EU actually thinks about looking its own interests. That’ll show them, won’t it?

It is not just the fact of leaving the EU that concerns me, ghastly enough though that is: it is the new ideology—the new world view—that has hastily been designed to accommodate this new splendid isolation. I see a Brexitised Britain as a world of weird, ’50s nostalgia and antipathy to foreigners—a reality that will feel very much like the pages of a Daily Mail editorial. People of Britain: work as if you live in the early days of a UKIP UK, because that is what is coming.

Scotland, of course, did not want any part of this, yet we have to be driven off the cliff edge with the rest of the United Kingdom. What we have now, though, is options. We have presented a plan to stop Scotland indulging in the worst of this madness. If that is not listened to, we have every right to reconsider our membership of this United Kingdom”.