Today I announce my intention to run for the position of Speaker of the House of Commons when (and if) that position becomes available.

It is time for a Speaker to come from beyond the big two parties to demonstrate that Parliament represents all shades of political opinion and all parts of the UK.

My mission as Speaker will be to lead from the front the efforts to reform Parliament and make the House look and feel like a proper 21st century institution.

I am the longest serving Member of Parliament from Scotland, a former Chief Whip and business manager. I currently serve as a Shadow Leader of the House and am about to become a member of the House of Commons Commission. I also chair the Scottish Affairs Committee, the first member of the Scottish National Party to chair a select committee. I have a deep insight and knowledge of Parliamentary procedure and in my 18 years in the House I have had experience in practically every front bench responsibility.

I will be a Speaker for the back benches and will ensure that the House will always comes first.

If elected your Speaker these are the main 10 points I would work to see achieved.

1. I will work to end the massive waste of time in how we vote in the House.

Each current head count vote we undertake in the House of Commons takes a         minimum of twenty minutes to conduct. When there are multiple votes on debates such as at report stage of bills several hours can be wasted just in the simple process of the House expressing an opinion. Members of Parliament are forced into constrained, packed (and when particularly busy) potentially dangerous voting lobbies to queue in designated lines to be counted by a whip at the lobby door. It is a practice more reminiscent of a medieval Parliamentary assembly than a modern Parliament.

Because of the time taken to vote some important questions are not put to the House and the constraints placed on time available for voting means that the House can not express an opinion on several key questions. This must come to an end.

As Speaker I would lead the campaign to reform voting in the House. I believe that electronic voting must be put in place as quickly as practically possible to end this massive waste of time and allow busy MPs to use their time much more constructively.

2. I will end the process of Members being selected to speak based on seniority.

Speaking in the House of Commons is the first and most basic responsibility that we perform as elected representatives in our day to day business in Parliament. It is the most obvious way to speak up on our constituents behalf and to represent their interests. All members must be therefore treated equally and all offered the same opportunities to speak across the House. The current situation proffers speaking ‘privileges’ to senior members who are called earlier to speak than newer members of the House. Why should the constituents of Rushcliffe have privileged representation in the speaking rights of their MP compared to the constituents of recently elected Members of Parliament who will invariably find their representative at the tail end of the debate with speaking time curtailed?

3. I will make the selection of speakers open and transparent.

I will put in place an open and available list of when Members would be expected to speak prior to the start of a debate. This will be made available before any debate is due to start and issued to all who have indicated a desire to speak and to the wider House.

I would intend to have members with a long standing interest in the debate to be called early following opening speeches with a ballot system designed to select the rest of the speakers on an equitable basis.

The opportunity to speak in the House must be made equal and fair to all.

4. I will end the practice of referring to fellow members by constituency or by the title of Honourable friend or Honourable member.

We all have names, and if they are good enough for us in all other day to day discourse they should be good enough for the chamber of the House of Commons. All debates should continue to be made through the chair but we must start to speak to each other like ordinary human beings and address each other sensibly.

The suggestion that the Speaker of the House of Commons should state what Members of Parliament should or should not wear is almost absurd. There was the recent ‘innovation’ that male members did not need to wear a tie but we need to go much further. Members of Parliament are grown ups and it should be exclusively up to them what they should or should not wear to work.

I would ensure that there are no rules or observed ‘conventions’ as to what Members of Parliament choose wear to come to work. 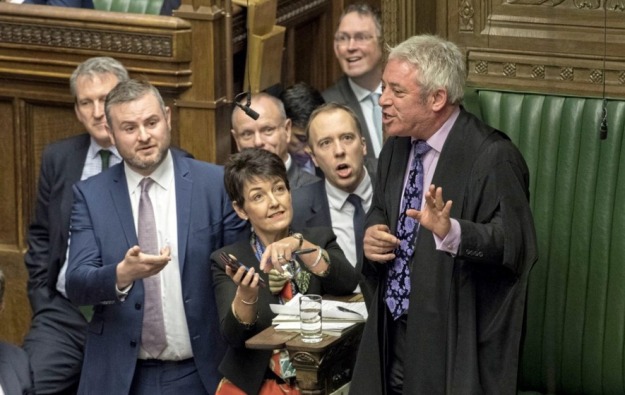 6. Reform of the management of the House.

7. An extension to proxy voting to Members of Parliament and those experiencing health difficulties or in need of extra support.

I was a big supporter and advocate of proxy voting for Members on baby leave having given evidence to the procedure committee on the issue. The success of this must now mean that it is extended to support other Members of Parliament suffering from illness or otherwise indisposed through caring duties or other demonstrable priorities.

8. Members will not be rebuked for showing their approval in the House by clapping in approval of speeches or contributions of which they approve.

Legislatures round the world seem to manage perfectly well by allowing the use of clapping to show support or appreciation of a speech. In the absence of clapping strange and exotic sounds have  emerged which accounts for ‘approval’ in the House of Commons – which equally baffles and amuses our constituents. We should be able to show our appreciation as Members of Parliament in the same way as everybody else does in the communities we represent.

The House of Commons must become a proper 21st century institution with working hours that are representative of the rest of the country we serve. I will lead attempts for the next phase of modernisation looking at when we sit and how the House should look and feel.

Where there is no locus for the Speaker on House of Lords reform it is incumbent on the Speaker to lead the calls for a review of Parliament. The House of Lords is an undemocratic anachronism unreflective of our communities and host to unelected appointees, aristocrats and Bishops. As Speaker I will  lead a cross party convention of the House involving both Houses and the devolved Parliaments to see how we can progress our democracy and make both the ‘Houses’ of Parliament more accountable and representative of the nation we serve.

10. Outreach across the UK.

Parliament must demonstrate its commitment to all parts of the UK.

As Speaker I will seek to take institutions of Parliament round the UK and allow the maximum opportunity of access to the people we represent. There is no good reason why some debates, for example some that currently take place within Westminster Hall, could not take place in other parts of the UK and I will lead efforts to make Parliament available to all communities we serve.

My pledge to you is as your Speaker is to make Parliament look and feel like an institution that belongs to its age. I will put in place reforms so that all Members of Parliament are treated equally and I will do everything to make Parliament relevant to all members of our community and all parts of the United Kingdom.

7 thoughts on “THE SPEAKER OF THE HOUSE OF COMMONS”