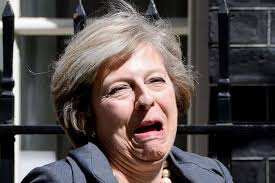 Like the first cuckoo of spring the start to general election season in Scotland is never quite complete without the call of the Tories that they’re going to take Perth and North Perthshire. Where the call of the Tories is oft-repeated and grating it is at least predictable. In fact I’d almost feel disappointed if the discordant song of the Tories in full voice wasn’t forthcoming as it is the perfect noise to ensure that the opposition to the Tories is galvanised once again in Perthshire. It, probably more than anything else, helped me treble, then double my majority in the last two elections.

The Tories may have been buoyed by recent opinion polls and projections but when it comes to defending their record we have seen the damage the Tories have done with no majority of their own and then with a small majority. We should be in no doubt what a strengthened Tory government would mean – more austerity, further cuts and real damage to our public services.

Where the recent Tory rise in opinion polls may indeed appear dramatic, it seems to be almost all at the expense of what is left of the Labour unionist vote across Scotland. The SNP vote remains pretty much unchanged and the SNP go into this election with opinion poll ratings in the mid 40s, pretty much the same as the same as they were in advance of the election in 2015.

What is different about this election is the Tory campaign. The Tories one and only tactic this time round appears to be to shout as loudly as possible ‘no second referendum’ – completely ignoring the unequivocal mandate the Scottish Parliament has already given the Scottish Government on this and hoping to distract attention from the fact that this election has been called in the narrow self-interests of the Tory party.  They also seem to believe this will detract from their appalling austerity agenda and how they are prosecuting the hardest and most destructive of Tory Brexits. Where this may rally and rouse a bit more of the unionist core vote across Scotland it will not get them off the hook that this is a general election where this Tory Government will be judged. I have sat almost in horror as I have witnessed this Tory party descend into a nasty right wing collective, something approaching UKIP with ministerial cars. Contemporary innovations of nastiness such as the obscene rape clause and capping benefits to third children now defines them. This week the assault moves on to pensioners as they become the next vulnerable group to be targeted with a potential U-turn on the triple lock.

I am also immensely proud to stand on my local record of 16 years of service. Everyone in Perth and North Perthshire will know someone I have assisted and they will also see how I have stood up for Perthshire from helping secure city status for Perth to saving rural phone boxes in Glen Lyon. All this faux outrage over a misrepresentation of a ‘retweet’ on social media is simply counter productively annoying the voters of Perth and North Perthshire, especially when this outrage is manufactured by a list Tory MSP who regularly embarrasses himself on Twitter.

This is an election that has been called for the most cynical of purposes. It has nothing to do with ‘uniting’ behind the Tory’s hard Brexit but everything to do with taking advantage of the chaos in Jeremy Corbyn’s Labour Party. Voters across Scotland – tired of four elections in a year – should make sure they get out to punish this Tory Government for so blatantly trying to destroy all opposition to them in Parliament. Added to that there are also 26 Conservative MPs under police investigation with decisions about convictions due in the next few weeks. Now, call me cynical, but the prospect of losing a Parliamentary majority of 18 in these circumstances must at least be a factor in this election being called now.

This is an important and critical election and in Perth and North Perthshire it will be either a Tory or an SNP MP. A vote for the SNP is a vote to end austerity and for investment in our public services. And it is a vote to ensure that the future of Scotland – the kind of country we are – will be decided, not at Westminster but in Scotland, by the Scottish people.

At Prime Minister’s Questions on the 22nd of March, I asked you about the Electoral Commissions record fine of £70 000 on the Conservative Party, the largest ever levied on a political party in the UK. In response you told me you could not answer as this was a ‘party matter’ before adding that you believed this was all simply an ‘administrative error’. 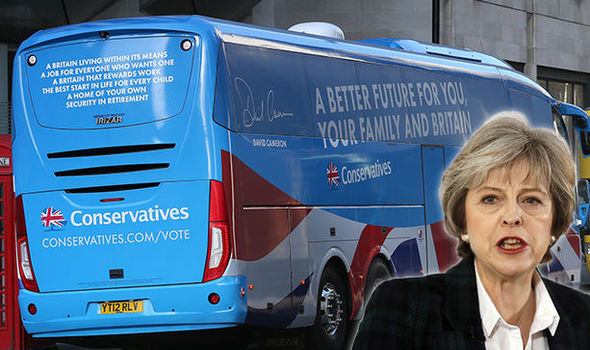 I write to you now confident that you will now be in a position to answer my questions as the Leader of the Conservative Party.

Firstly. I’m sure we can both agree that our electoral laws are a critical feature of our Parliamentary democracy and are designed so that our elections are conducted fairly and transparently? I am also sure you agree that any transgression of our electoral rules should be treated with the utmost seriousness? Can you therefore explain the cavalier manner in which the Conservative Party have flippantly dismissed these investigations and the way in which they have been nonchalantly explained away and excused in the media by people speaking on behalf of your party?

The Electoral Commission’s investigation found the Conservative party’s spending return for the 2015 general election was missing payments worth at least £104,765. Separately, payments worth up to £118,124 were either not reported to the commission or were incorrectly reported. In addition, it found invoices or receipts for 81 payments worth £52,924 in three by-elections were unaccounted for. Critically the commission found that Conservative Party apportioned national election spending when it in fact should have been accounted as candidate expenditure.

Throughout the course of the enquiry the Electoral Commission complained about the way the Conservative Party hindered its work accusing your party of “unreasonable unco-operative conduct”, which they claim delayed this investigation for a number of months. Is the Electoral Commission right in these assertions and, if so, why did the Conservative Party attempt to thwart the progress of these investigations? It is simply inconceivable that a political party as well resourced as the Conservative Party was unaware of our electoral rules and far from being an ‘administrative error’ do you agree that this is at best wilful negligence and at worst electoral fraud?

The Electoral Commission do not have the legal powers to take this further and have passed on their concerns about the role of the Conservative Party Chairman to the metropolitan police stating he “knowingly or recklessly” falsely declared the party’s 2015 election spending return. His investigation will join the 20 Conservative party candidates and agents currently being investigated by 12 police forces the length and breadth of England. If at the conclusion of these police inquiries there is shown to be any criminal conduct there could be custodial sentences, by-elections with the outcome of the 2015 election brought into question. Such is the seriousness of the complaints that the Commission chair, Sir John Holmes, said the Conservatives’ failure to follow the rules “undermined voters’ confidence in our democratic processes”. Will you now pledge to take this investigations seriously, end all talk of ‘administrative errors’ and co-operate fully with all the investigations? 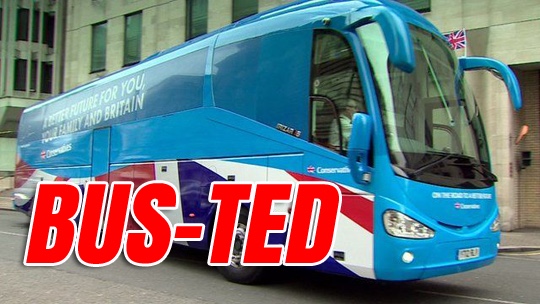 I asked you at Prime Minister’s Questions about who was involved in organising all of this? Could you now tell me who designed this activity, particularly the battle bus and accommodation exercise? What did they know of our crucial electoral laws? Did this involve Government aides? Who along with the Conservative Party Chair signed off the accounts for the battle buses, accommodation and associated spending? Did anyone in the cabinet or Government know about what was going on? Were you personally aware of this activity?

If it is all merely a ‘misunderstanding’ I’m sure you will have no problem in disclosing this information and I am confident that you will want to be fully transparent in all of these regards.

I look forward to hearing from you soon.