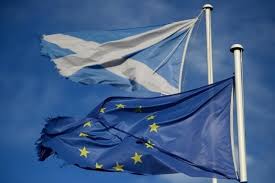 In Scotland there are currently two campaigns being conducted to secure two different and distinct constitutional referendums. One seeks to reverse the decision of the EU referendum and keep the UK in the EU whilst the other seeks a second referendum to make Scotland an independent country. Both sit rather uncomfortably and incongruously with each other and success in securing one would almost certainly mean that the conditions for the other would disappear. If independence is secured through a referendum a UK wide People’s Vote would not be necessary in Scotland. If a people’s vote is successful the set of conditions to progress independence in the near future all but disappears.

The SNP supports both of these referendums but our recent emphasis and focus has been primarily to back the call for a people’s vote. We started out as sceptics of a People’s Vote, to rightly conceding that we would not stand in its way, to being a passive supporter, to ending up as one of its biggest cheerleaders. A second EU referendum now underpins practically everything we say on Brexit.

Such is our endorsement of a People’s Vote that we have unconditionally given our support to a second EU referendum, regardless of its outcome, and without any guarantees for our nation or acknowledgement of a future vote in Scotland. Without the inclusion of a set of conditions we could be expected to ‘respect’ the outcome even if it meant that Scotland was taken out of the EU against its will again. If somehow a People’s Vote is successful we remove the very conditions that makes Scottish independence a majority position amongst the Scottish people. Critically, we also remove the specified condition of the current mandate included in our manifesto in 2016.

With opinion polls remaining obstinately consistent since 2014 it is Brexit that provides the best opportunity to progress the independence agenda. Nearly every opinion poll shows a lead for independence in the event of Brexit taking place. The conclusion of this therefore would be to solidly and consistently argue that it is independence that would ensure that Scotland was rescued from a Brexit it doesn’t want and never voted for. Instead we spend a disproportionate amount of our time promoting a mechanism that could actually remove the conditions that make independence more likely. Where it is a noble intention to want to save the UK from itself we have to be entirely sure that it wants to be rescued. Opinion polls do show a lead for remain but none are decisive and the latest polls are beginning to show a tightening in this contest particularly when remain is pitched against viable leave options.

Rerunning this contest is also not consequence free. For a start it is likely to descend into the ugliest democratic choice that the British people have ever participated in. You can only imagine the campaign the Brexiteers will run. It probably wouldn’t even be about Europe anymore. it would more than likely end up as a verdict on the ‘political elite’ and how that ‘elite’ denied the British people their democratic choice. Scotland wouldn’t be immune from this anti-politics contest and it will almost certainly impact on our domestic Scottish politics. We would then have to try and re-stimulate another referendum campaign after this experience and the referendum fatigue we saw at the General Election of 2017 would be as nothing to what would prevail after this.

It is true that the cause of Scottish Independence would be better served with the UK remaining in the EU. Divisive issues such as borders and free movement of goods are undoubtedly better served with an independent Scotland and the rest of the UK in the EU. But all of this is beyond our control. It will be England again that will decide whether we remain or leave the EU. I always believe that it is much more useful to try and influence events which are under our control rather than waste energy on events that we can not change or influence.

I also get that there is political mileage in encouraging remain voters who voted No in the independence referendum to our cause. As a constituency MP I am struck by the sheer numbers of new people getting in touch with me and the interest that there is in the Brexit debate is unprecedented. However we don’t help Remain/Nos on that journey if we don’t properly detail to them that the end destination of that journey has to be Scottish independence.

In the last few days I have noticed an encouraging new tone in our statements about Brexit with more of an emphasis on independence as opposed to a second EU vote and that is to be welcomed. The First Minister will reveal our plans for an independence referendum in the next few weeks and my views on that are well known. I profoundly believe that we should only have a second referendum when there is good evidence it could be won and that it be held when there are the optimal conditions for success. I believe that another defeat would be unthinkable and could fatally undermine any future campaign for Scottish independence.

That is why we must fully take advantage of the disruptive forces that come our way and demonstrate Scotland’s fragile position as a junior partner in the UK. Brexit helps provide these conditions but as yet we have barely nudged support for Scottish independence in the polls. As the disaster of Brexit approaches and the very real consequences start to be felt that could all change and we have a duty and responsibility to detail clearly that it is only Scottish independence that can rescue our nation from the all encompassing isolating ugliness of Brexit. A ‘people’s vote’ should not be opposed, and I would always support it in any vote in the House of Commons, but it is in building support for the referendum that will ensure that there will be no more Brexits that should always be our priority.

Over Christmas, when very few people were paying attention, the Home Office put out a video and further information on its EU Settlement Scheme. Full of stock photos of smiling people, apparently having a whale of a time, the video provided a chilling and provocative reminder of the precarious situation EU nationals living within our community endure as we approach Brexit.

In a rare moment of clarity the Home Office confirmed that EU nationals would have to ‘apply’ to remain in the UK under the Settlement Scheme and a new menacing tone was introduced. The video detailed that criminal checks would be required and that specific data would be accumulated on EU nationals who have lived in the UK for decades. This time there was no dubiety about the cost. Every EU national without citizenship or leave to remain would have to pay the £65. Children would secure the ‘cut price’ cost of £32.50. The most invidious feature was the underlying threat that failure to comply or failing the ‘application’ could result in, well, who knows what…… It was as unsettling as it was sickening and sent alarm bells throughout the UK’s 3.6 million strong EU national community.

I suppose we all knew that this day would come. Immigration and ending freedom of movement is the cold beating heart of their Brexit. Keeping people out and othering those from beyond our shores is the de facto case for leaving the European Union. The day of reckoning was never going to be pretty. Leave groups have to be pandered to and the new dawn of Brexitised UK has to be clearly understood. We are creating a new drawbridge society and those who have already made the journey here will have to know their place and fully understand why this Brexit has to be done. Ending freedom of movement is paraded as the main ‘prize’ of their Brexit. For these Brexit Tories, those that made the journey under FoM are an unfortunate consequence of something that pre Brexit Britain got so badly wrong. EU nationals are, I suppose, for the Brexit Tories, Britain’s big mistake.

So far the Tories have been very careful to promote a culture of reassurance and comfort. A sort of ‘don’t worry your pretty little European head’ has been the tone and message. It was unsustainable. Promises of ‘no change’ to status and ‘everything will be the same’ can’t work when everything is to be completely different. Registration would always require applications and checks or there would be no point in any sort of registration at all. This is a Tory Home Office that created the ‘hostile environment’ its instincts are to start with suspicion and then work backwards from there. 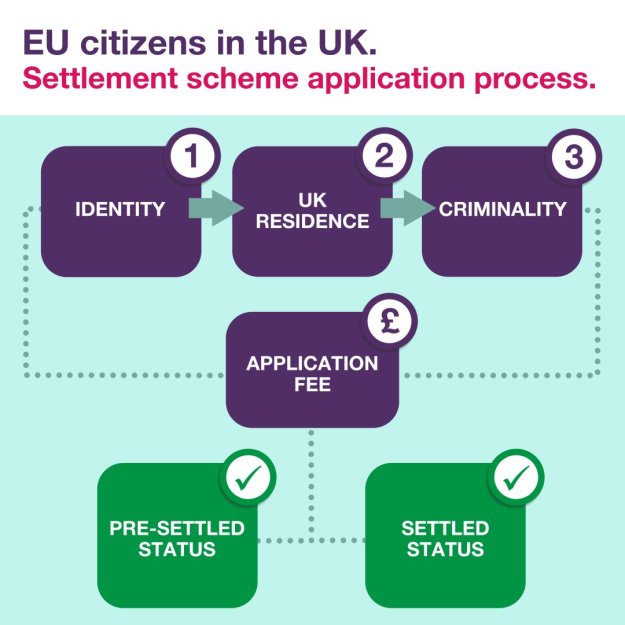 At least they are starting to be honest. Their draft immigration bill sets out clearly the type of nasty, intolerant Brexit UK they want to create. Everybody knows that EU nationals greatly contribute to our economy but that doesn’t matter a fig when there are Faragists to pander to. Scotland’s population growth is almost entirely predicated on immigration. We have a dependency ratio that is about the most acute in Western Europe. Ending freedom of movement will be disastrous for our economy and for the service sectors that soak up the majority of inward migration. We didn’t vote for this Tory Brexit but yet we will be the nation that will be most impacted from this, the main plank of their case for leaving.

As we shape up the sort of new country we want to be in Scotland we will assess everything that the Tories have done on immigration and vow to never, ever follow them down that souless, barren, self-defeating cul-de-sac. Scotland is better than this and soon we will show that to the world.