Those familiar with the activities of Scottish Conservative Members of Parliament will know that they like to be photographed with their more senior and better known colleagues. Any cursory glance at their social media output will see a phalanx of photos with any number of UK Ministers and Secretary of States. Beaming with pride and bonhomie they look glaikitly into whoever’s iPhone is available to capture ‘the moment’. Inevitably, there will be the caption. Included will be the essential words ‘working towards, listening, resolving, showing’ with the clear message that it is they that have the access and the ear of Ministers. Having become the most supine, obedient and enthusiastic of lobby fodder Scottish Conservatives need something, anything, that suggests somehow they are doing something.

So what do you think happened when I asked for the self same meetings with these Ministers that I identified in those photos? Well, not one agreed to meet with me, with most not even giving me the courtesy of a response and one telling me that I can take up the issue with her in the tea-room!

In trying to give these Scottish Conservatives this ‘leg up’ the UK Government has dangerously politicised access to Ministers for narrow party political advantage. There isn’t even an attempt to hide this co-ordinated and crude attempt to give this advantage and it is is something that goes against every principle of the Ministerial Code.

Access to Ministers must be something that is afforded to all Members of Parliament. We are all elected to serve the people of this country and every constituent should be afforded the same rights from Ministers through their democratically elected MP. To politicise access for party political advantage is simply unacceptable and anti-democratic.

And this politicisation of access is now hindering the work that is required to resolve and deal with the pressing issues across my constituency and the people I represent. For example, I alongside my Dundee colleagues, recently wrote to the Chief Secretary to the Treasury asking for a meeting to discuss the delays in the Tay Cities Deal, a meeting that was refused. I have since seen a social media contribution from a Tory MP, who has one Tay Cities Deal project in his constituency, sitting down with the Chief Secretary where he boasts he is discussing his project with her. 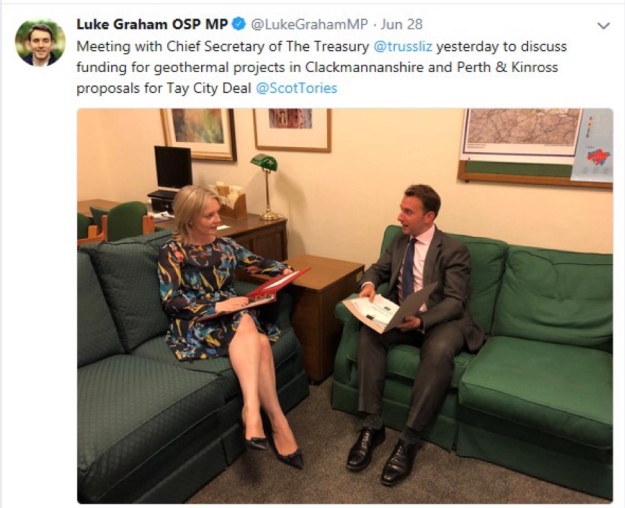 Then just this week there was a photo of a Scottish Tory MP pictured with the Home Secretary with a caption from her saying she was discussing a seasonal agricultural workers scheme. The next day a pilot scheme was announced in an obvious attempt to try and credit her with its introduction. This is despite me writing to the Home Secretary to meet several weeks ago and also chairing an all party Select Committee which recommended a scheme’s introduction. 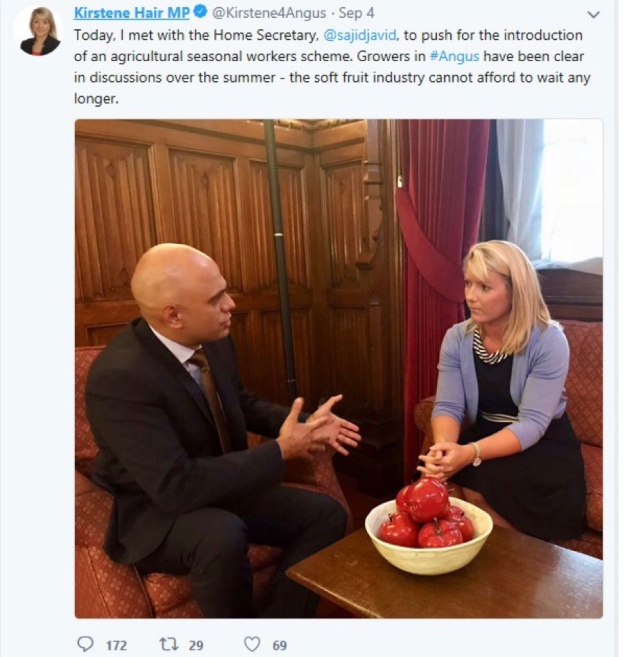 The killer though must be a visit to a job centre in ‘my constituency’ where a Scottish Conservative MP hosted the Disabilities Minister, a meeting of which, I wasn’t even informed! She of course has never even gave me the courtesy of a response when I asked for a similar meeting.

All of this is a shocking abuse of Ministerial party patronage. I can understand why this Government feels the need to give extra support to these Scottish Tory MPs. Their main contribution in Parliament is to rage against a Scottish Parliament and Scottish Government beyond their Parliamentary responsibilities, irritating and bewildering their constituents, who just want proper representation in the Parliament in which they were elected to serve. Giving the illusion that they can somehow ‘influence’ decision making with their party colleagues is an easy and lazy bit of Parliamentary cover.

The range of issues with which Scottish Conservative MPs have now been credited extends to ending VAT on police services, the revitalisation of the oil and gas industry and the worldwide success of Scotch Whisky. Next we’ll find that they are responsible for the Scottish enlightenment, the finding of the Loch Ness monster and the lunar moon landings! The simple fact is that they have no influence on a Government that is tightly controlled from the centre and riven by its own contradictions and tensions, The only role required from the Scottish Conservatives MPs is to enquire ‘how high’ when asked to jump on behalf of their Government.

If anything they have got in the way of ensuring that solutions are properly delivered. Take this week’s announcement of a Seasonal Workers Scheme. I tried to secure an all party approach and consensus in securing a useful scheme that properly consulted with the industry. The hastily arranged effort to try and credit a single Conservative MP managed to disappoint everybody in the sector with the Government announcing a scheme providing a paltry 2,500 workers of the 64,000 that they themselves say is required.

With an absence of 20 years the re-introduction of Scottish Conservative MPs into the Scottish political wildness was always going to be a ‘difficult’ project. Where we can put up with their blind obedience to their Government and their almost hysterical attempts to ‘attack’ the Scottish Government in all their Westminster contributions we can not allow them to get away with this abuse of Ministerial access for critical constituency issues. It must end now.