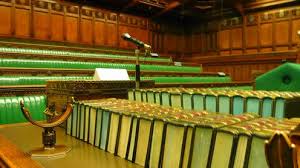 There has been a bit of traffic on social media recently that I abandon my post at Westminster and ‘return’ to Scotland with the rest of my fellow SNP MPs.

Borne out of frustration at the treatment of SNP MPs at Westminster I have to say I will never abandon my post as an SNP MP and leave my constituents at the mercy of this Tory Government. I was elected to represent all of the people of Perth and North Perthshire regardless of how they voted – something I have pledged following every election I have contested. To up-sticks and walk out of Parliament would be contrary to every commitment that we as SNP MPs made to the people who voted for us and it would result in us never being elected to anything again. I will leave Westminster only when the people of Scotland have voted for Westminster to no longer be a feature in our national life.

Where abstentionism is a perfectly legitimate political tactic it would be an absolute disaster for the SNP. Like it or not, Scotland is still part of the union and Westminster is the legitimate Parliament of the UK. Westminster remains responsible for the economy, most welfare, foreign affairs and crucially the constitution. It is currently taking our nation out of the EU against our national will and diminishing the powers of our Parliament. To allow them to pursue this agenda without speaking up on behalf of our nation would be a gross abrogation of responsibility. Under these conditions standing for election on a pledge to not turn up and represent the people who elected us would be the very definition of political suicide in Scotland.

The SNP is not Sinn Fein. Sinn Fein do not recognise the legitimacy of the UK state in Northern Ireland and exist exclusively to return unity to the island of Ireland. They represent a distinct political constituency in Northern Ireland and their agenda of a united Ireland is entirely different to a party seeking independence and the end of a political union. Where violence has been a feature of Irish unification no one has even secured a nose bleed in the democratic cause of Scottish independence. Our movement is based on consent, majoritarianism and democratic legitimacy. Scotland is not Northern Ireland.

Nothing would delight the Tories more than empty SNP benches. It has been the SNP that has been the only effective opposition to the Tories in the past few years. Witness the way they try and shout us down and silence us whilst remaining almost silent when the hapless ‘official’ opposition speaks up. Observers of Parliament have taken this ‘compliment’ as a demonstration of disrespect and the reason why we should abandon our posts. Believe me, in my 18 years in Parliament, there has never been a golden age when the SNP has been listened to in respectful silence. We have secured nothing other than their total contempt because we represent everything they oppose. We seek an end to their ‘precious’ union and our social democratic agenda is the exact opposite of their austerity and support for the wealthiest in our society.

The simple fact is that we will only secure our independence when a majority of our fellow Scots believe that it is in the best interests of our Scottish nation. This is secured by persuading those yet to be convinced and there are no shortcuts. Independence will not be achieved by leaving our constituents in the lurch and Scotland without a voice in a Parliament seeking to diminish our authority.