If there is one critical difference from the independence referendum of 2014 and the impending second contest, it is in the composition of the forces of Scottish unionism. The Scottish Conservatives are not just the principle political opposition in Scotland, they are now also the de-facto leaders of the case for the union. This elevation changes everything about the next contest and the rules of engagement.

The calamitous near extinction of Labour has, of course, been the main catalyst for this realignment. Scottish Labour continues to reap the bitter harvest of their disastrous dalliance with the Tories in the last referendum and it is hard to see how their situation can be improved as long as they remain defiantly opposed to their former voters on the constitution. Where most of their vote has been lost to the SNP, they are now haemorrhaging votes to the Conservatives. In the Scottish Conservatives, Labour unionists have found a more natural and accommodating home for their support for the UK. When you look at the fall out of the last referendum you can only conclude that Scottish Labour are the biggest, most useful, idiots in Scottish politics and they have been played as prize fools by the Tories.

What happens now though? And is the growing support for the Tories any more than an anti-referendum unionist alliance? Scotland has not, and is unlikely to, become in thrall to a Tory agenda of austerity, tax cuts for the rich and the privatisation of public services. Added to that, the Scots Tories will be called on to do the heavy lifting in the selling of the hardest of hard Brexits to a reluctant Scottish public. The affection of former Labour voters might be sorely tested when they observe Tories behaving like, well Tories. This is why the rhetoric against a second referendum must be maintained at fever pitch.

The Conservatives now almost exclusively own the ‘No’ franchise and in making it their own, they have consolidated the ‘No’ support, but at the same time shrunk its ideological base. The cause of vociferously opposing a second referendum is, therefore, the Tories’ greatest salvation and also their eventual downfall. It is also immensely helpful to us. Their leadership of the union cause allows us to frame the constitutional contest as one that pits the Westminster Conservatives against social democratic Scotland. The more the Tories rage against a ‘second referendum’, the more they make that contest more likely. The more a union cause is seen as an exclusively Conservative cause, the harder it will be to sell that cause in Scotland. 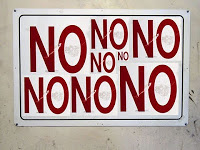 To be a ‘No’ voter next time round you will, therefore, have to be at least willing to accommodate Conservatism as an almost permanent feature of government in the UK. To be a ‘No’ voter next time also means that you have to at least be prepared to accept a Brexitised Tory UK, economically isolated with social policy crafted by the ideological victors of the Brexit solution. A hard right Conservative-run Brexit Britain is the reality that will await another successful union vote. It is perhaps right then that the union cause will be delivered, prepared and mainly argued by the Scottish Tories.

No wonder what’s left of the Labour Party are running a million miles from being included in another cross-party campaign.

It’s 4am on the morning of the Seventh of September 2018 and the final declaration of the second Scottish referendum has just come in. Highland has voted for the proposition that ‘Scotland should become an independent country’ and Scotland will now leave the union. The overall result is a convincing victory for the independence side of 58% to 42%.

The disconsolate looks on the ‘Scotland in Union’ side dramatically contrasts with the ‘Better Together’ campaign in 2014. The Yes2 campaign are just simply overjoyed. Leader of the union side, Ruth Davidson, has long conceded whilst campaign director, Alan Roden, is dispatched to the media to deliver a message of acceptance and conciliation.

The closing weeks of the campaign had indicated an even bigger victory for independence but the large leads that Yes2 had commanded was tempered by ‘the offer’ in the last few days of the campaign. Headlined in the Daily Record as ‘the offer we can’t refuse’ the ‘offer’ was a carbon copy of everything that the SNP Government had asked for in its differential EU arrangement that was so roundly rejected in the early months of 2017. If we voted to stay in the UK we apparently would now secure single market membership, powers over immigration and even a new undefined ‘devo-max’ arrangement. It was the classic too little, too late, too been there before.

When the SNP Government first said it would hold another independence referendum following the rejection of what is now just simply referred to as ‘the Scottish EU solution’ there was huge resistance to any further plebiscite in London. Defiantly refusing to allow a further Section 30 Order Scotland responded with outrage. Opinion polls immediately pointed to a double digit indy lead with the Scottish Government saying it would hold a referendum anyway. As tensions increased a compromise was agreed whereby the UK Government would grant a Section 30 Order if it was allowed to determine the question and set the date. The Scottish Government reluctantly agreed and the date of 6th September 2018 was fixed. The UK Government optimistically believed that, by then, a convincing Brexit deal would be concluded and it would be something that the Scots would be able to support. This time there would be a dual option referendum to stop a Yes campaign – Should Scotland remain in the United Kingdom? Or Should Scotland become an independent country? Campaigning started immediately.

The independence side simply and defiantly called itself Yes2. With so much of the previous indyref infrastructure still in place the joint leaders of Yes2, Nicola Sturgeon and Patrick Harvie, let campaign co-ordinator Kevin Pringle get on with a campaign that was long planned. Chair of Yes2, Henry McLeish, put together a formidable board of civic Scotland and the most far reaching engagement with Scotland’s public started apace.

Scotland in Union’s birth wasn’t quite as straight forward. When it was announced that Ruth Davidson would lead the campaign Labour initially refused to join. It took a fractious special conference of Scottish Labour before they eventually decided to participate in a cross party campaign. Many Labour activists refused to take part and key Labour figures said that this time they would be voting for independence. With their own electoral and leadership woes in the rest of the UK, Labour simply didn’t feature as a force in the second referendum. The battle this time was characterised by Yes2 as a battle between social democratic Scotland and the Westminster Tories.

There were other problems for Scotland in Union. The UK Government were consumed with Brexit and it was not going well. The hard Brexit was becoming ‘bargain basement Brexit’ as negotiations with EU leaders broke down. As the relationship with the EU soured EU leaders were increasingly making it clear that a pro EU Scotland would be more than welcome in its club.

What existed of a union campaign centred round the well rehearsed economic and currency themes of the previous independence referendum. They were easily dealt with by Yes2 who had spent months considering its new approach to these issues. Despite the best efforts of the Scottish press the scaremongering this time also seemed ridiculous, having been tempered by experience. The suggestion that an rUK wouldn’t trade with an independent Scotland was simply laughed off as the UK was finding it hard to secure a deal with any significant country.

The union side were also hampered by the fact that they couldn’t present themselves as a status quo option this time. Yes2 carefully framed the contest as a choice of two very different futures which both presented opportunities and risks. Would Scotland be better off in a Brexitised Britain or would we be better off taking decisions ourselves with the full powers of independence? Scotland was already beginning to witness the crafting of the new soon to be out of the EU Britain with the success of UKIP in the many by-elections following all the Blairite Labour resignations. The ugly side of this new isolation in the treatment of child refugees and privatisations in the English NHS was becoming only too apparent.

What no-one could properly understand is why the Tory Government faced with the complexities and dangers associated with Brexit just couldn’t respond positively to the Scottish Government’s compromise plans to keep Scotland in both the UK and the EU in the first place? There had been an arrogant view that a) Scotland wasn’t serious about holding a further referendum and b) if we did it would be easily seen off. Those early days of early 2017 now seem a long way off.

This is, as we know, to be the hardest of hard Brexits, with cuts yet unimaginable and consequences yet unconceived—and for what?

If we were doing this for some lofty ideal or grand purpose, like maybe addressing global poverty or some of the huge issues of injustice around the world, that might make it just about palatable, but no—we are doing it because the UK does not like immigration.

That is the cold, beating heart of this bad British Brexit, and it underpins absolutely everything concerning our departure from the EU. It takes precedence over everything else, and all other considerations are merely consequential.

The fact is that we live in an interconnected, globalised world where the movements of people have never been so profound, sometimes fleeing from persecution, or perhaps exchanging skills and ideas. Yet we are asked to believe the myth that a Brexitised UK will beat back this historic tide like some sort of Farageous Canute.

I actually laughed out loud when I heard all the guff about a global UK. A global UK is the last thing the Tories want to create—they are trying to create a drawbridge UK.

Look at the response from the rest of the world: when they are not laughing at us, they are simply taking pity on us. As the Foreign Secretary goes out of his way to insult the very people we have to negotiate with, they are thinking of nothing other than the hardest of conditions to deter anybody else from considering leaving.

The negotiating position seems to be to threaten our EU partners by saying that we will indulge in even further economic self-harm if they dare look after their own interests. Apparently we are even considering turning the UK into some sort of offshore deregulated tax haven if the EU actually thinks about looking its own interests. That’ll show them, won’t it?

It is not just the fact of leaving the EU that concerns me, ghastly enough though that is: it is the new ideology—the new world view—that has hastily been designed to accommodate this new splendid isolation. I see a Brexitised Britain as a world of weird, ’50s nostalgia and antipathy to foreigners—a reality that will feel very much like the pages of a Daily Mail editorial. People of Britain: work as if you live in the early days of a UKIP UK, because that is what is coming.

Scotland, of course, did not want any part of this, yet we have to be driven off the cliff edge with the rest of the United Kingdom. What we have now, though, is options. We have presented a plan to stop Scotland indulging in the worst of this madness. If that is not listened to, we have every right to reconsider our membership of this United Kingdom”.