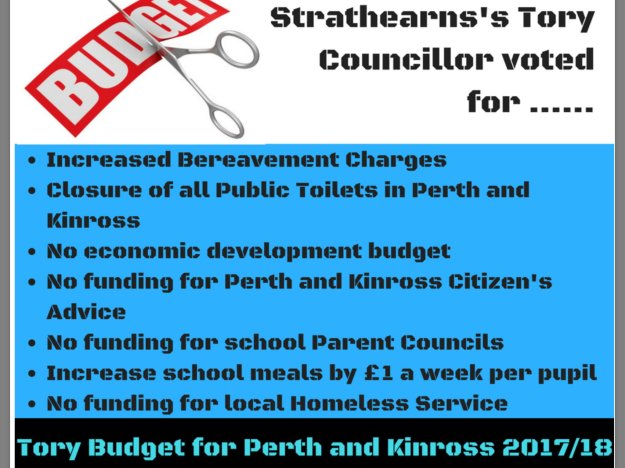 SNP Perth and North Perthshire candidate, Pete Wishart, has today written to Conservative council leader, Ian Campbell, seeking assurance that the Tories will not close Perthshire’s public toilets. In their budget proposal the Tories threatened to close all public toilets in the county.

“I was horrified when I saw that the Tories threatened to close all of Perthshire’s public toilets in the last Perth and Kinross budget. I have been speaking to many tourist businesses and they are increasingly alarmed at this prospect and the impact that this may have.

‘We have very little idea what the Tories intentions are for the stewardship of the council as the one and only election issue they raised was to tell us that Ruth Davidson opposed a second independence referendum. The only guide we have therefore is what is included in their budget proposals, where they sought to remove the full budget to support parent councils in all the county’s schools, cut the Citizens’ Advice Bureau, increase bereavement charges and increase parking charges as well as close all the public toilets.

‘I have therefore written to Tory Council leader, Ian Campbell, to seek clarity on this issue and ask him to provides an assurance that this Tory administration have no intention to close all our public toilets.” 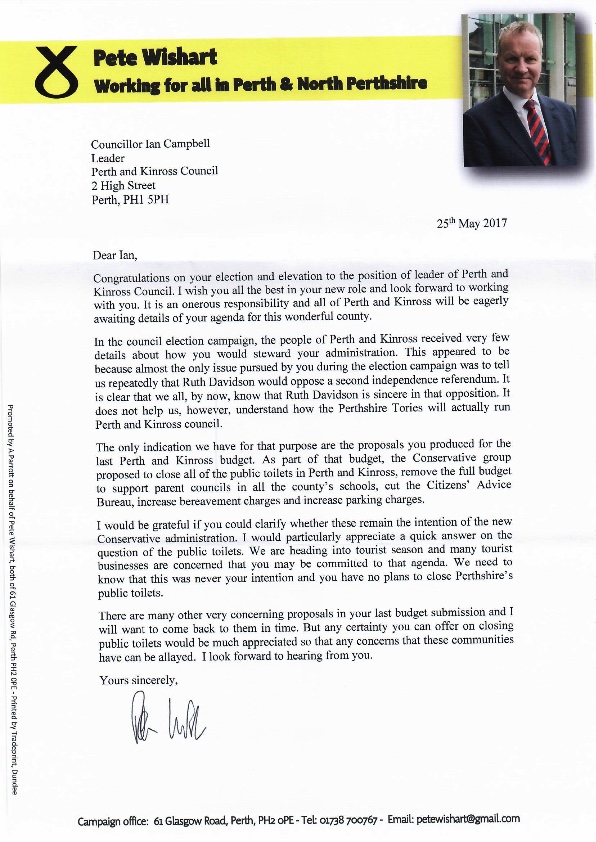