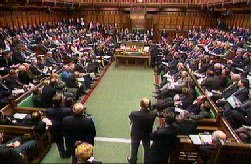 In politics opposition is relatively easy. There are always a number of reasons to vote against something and explain why you might be able to do it differently. That is, unless you are the UK Labour Party. Our comrade friends have found this task a wee bit daunting recently, forgetting that opposition actually requires that one vital ingredient to make opposition work and that is to actually oppose stuff.

It was almost unbelievable that they got the last week of Parliament so wrong. Not only did they effectively fail to oppose the welfare reform bill, but they at the same time managed to divide their party! Then, just to compound their situation, they decided to sit on their hands for the first exclusively Tory budget bill for 18 years after voting against the previous four coalition ones. Labour are, of course, currently leaderless just now. They are also close to an existential crisis following their crushing defeat in the General Election. Their difficulties have also been compounded and made even more apparent by the clear opposition offered by the SNP group who have quickly taken advantage of the opportunities afforded to us as the new third largest party in the House of Commons.

We have secured solid results in these last few weeks. The Human Rights Act kicked into the long grass, the EU referendum ruled out for the same day as our Scottish elections, English votes for English laws withdrawn, and by simply saying that we would vote on their fox hunting plans, they were hastily abandoned. We have demonstrated that this Tory Government remains vulnerable and we really need Labour to get their act together to help us stop them implementing the more callous aspects of their agenda. If they can’t, they really need to make way for us so we can show the British people what opposition to the Tories looks like. That is why we symbolically occupied the Labour benches on the last day of Parliament.

The Tories look at our benches with something close to bemusement and befuddlement. They have never been challenged from a position like ours and they do not understand or comprehend our mandate and the position of strength we speak from. The Tories remain wary of us, but still seem to think that they have the legitimacy to vote down issues required, agreed and requested for our Scottish Parliament, and they have used English votes to achieve this. Bit by bit they are eroding the foundations of the union they seek to maintain. It is exploring that tension we will move on to when we return to Parliament after the summer recess.

The new SNP group have exceeded all expectations and I have never worked with a more talented group of people. Some of the maiden speeches have been simply outstanding with subsequent contributions seriously challenging the Tory Government and exposing their frailty. We are now on recess and when we come back the SNP group will only be stronger.