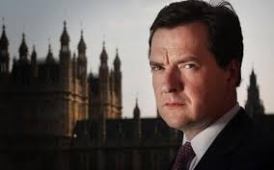 It almost seems another age, but it was only last weekend when they came to Perth. This was where our comrades in the Labour Party got back in touch with their ‘core’ Labour values, where the word ‘Socialism’ was banded about as if it had just been discovered and Blair had never existed.  The SNP were the party of ‘big business’ of ‘Osborne max’. Only these great tribunes of the people could rescue Scotland from the Tories that were everywhere in our midst – except in ‘Better Together’, obviously – where they actually work with them! So what did these ‘weekend socialists’ do when they returned to the day job at Westminster? Well, they voted with the Tories to put a cap on the amount of money the Government  can spend on the welfare budget. A callous, reprehensible and regressive measure that will once again disadvantage the poorest  in our communities. A stupid, crude, blunt instrument to hammer the poor. Way to go comrade.

As a service to you, here is the list of those ‘weekend socialists’ who voted with the Tories to cap the level of spending allocated to helping the poorest in our community. These are the ‘weekend socialist 30’. You can put them up there with the 10 bedroom tax skivers from last year.